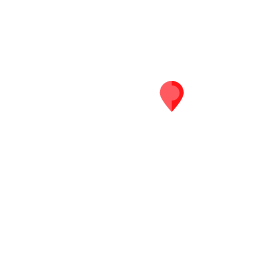 A mix of food, wine, mystery and culture

With softly sloping hills, Camerano is the land of Underground Wonders and Rosso Conero, a typical wine of the area.

Camerano is a town nestled between the beautiful hills of the Conero Riviera and its landscape is decorated with vineyards: you are in the birthplace of “Rosso Conero”, a full-bodied and structured wine made from Montepulciano grapes.

Enjoy this magnificent wine in one of the many wine cellars of the city. Every year, during the first week of September, Camerano celebrates the “Festa del Rosso Conero”, a festival dedicated to this wine where you can spend an enjoyable evening tasting local food and wine until late into the night.

The origins of Camerano are very old: the most ancient historical evidence comes from prehistory! During the 1900s they discovered some evidence which dated back to Ancient Rome: today some of these findings are inside the town Hall while the others are in Ancona. During the Middle ages, Camerano is an independent castle and there are some important convents in the city centre. An ancient legend tells that Saint Francisco himself founded the church of Saint Francisco of the town during his journey to Middle East. Later, Camerano was member of the Papal State, as well as almost all the center of Italy. The Twentieth century was the most important period for the development of industries, for example those of shirts and accordions and this brought the town to be well known in Italy and abroad.

Discover a secret underground city under the streets of Camerano, connected by a dense network of tunnels, caves, and carved niches, and decorated with friezes, ornaments and religious symbols. An ancient popular said says “there is more Camerano underground than aboveground!”

Inside the Town Hall gallery there is a collection of the works by the painter Carlo Maratti, born in Camerano: you can see a statue of him in the principal square of the town.  In the same square there is a theatre dedicated to him. Maratti transported the remains of the christian Martyr “Santa Faustina” from the Roman catacombs to the “Chiesa di San Nicolò di Bari” church in Camerano. San Francesco passed through Camerano and a church here is dedicated to him. The Italian television program “Mistero” also filmed a segment in this church in which they investigated the mysterious remains of a child found under the altar of the church. Another very important person for the town is Giuseppe Pasquali Marinelli, writer and intellectual, who spent his whole life helping needy people. The house where he lived is located along the street that brings to the centre, which is called “G.P.Marinelli street”.

Must see
You will like
“Brodetto”: different recipes for one delicious dish
City Tour Jump to the pictures How to get there Useful Contacts