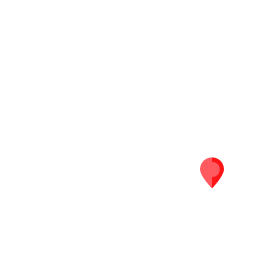 The Holy House of Mary stands tall on the top of the hill with the city. Not only one of the main pilgrimage destinations in the world, but also a town with a view of the entire Riviera.

The town of Loreto, located on a hilltop, attracts thousands of Catholic pilgrims and visitors every year.

The city holds one of the most important treasures of Christianity: the Holy House of Mary of Nazareth, where Mary grew up and received the Annunciation. Tradition has it that the Holy House was flown in from Palestine to Loreto by four angels and was rested upon the hill where it stands today in the Sanctuary. The Holy House hosts the precious statue of Madonna carved in Lebanese cedar which gives it its famous dark color.

Loreto is an artistic town with an immense cultural heritage. We suggest you visit the sixteenth-century Shrine of the Holy House (which hosts artwork by famous Italian painters such as Bramante and Sansovino), the Basilica (a defense fortress characterized by a patrol path system), and the “Palazzo Apostolico” (host to a great art gallery which exhibits masterpieces by artists such as Lorenzo Lotto and Pomarancio).

Leaving “Piazza del Santuario” square, you can take a stroll through one of the many ancient streets and visit the typical boutiques, or stop and have a bite in a local restaurant.

What to do? Loreto ?