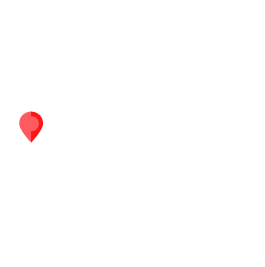 One of the medieval hamlets of the Conero Riviera

Santa Maria Nuova has a charming panorama and sweet hills that descend from the Apennines down to the Adriatic Sea; it features many ravines that have been carved out by the waters.

Santa Maria Nuova is located exactly between Ancona and Porto Recanati. This beautiful hamlet is characterized by a mild climate, charming landscapes, and rolling hills which plung down into the Adriatic Sea. When the sky is clear, you can also catch a glimpse of the “Monti Sibillini” mountain range, also called “Monti Azzurri” by the Italian poet Giacomo Leopardi.

In ancient times Santa Maria Nuova was called Santa Maria delle Ripe. In 1201 A.D. this hamlet was under the lordship of Jesi, from which it became independent only in the late nineteenth century. Remains of a funerary aedicule and a decorated villa both dating back to Roman times were found in the archeological site of Pietrolone.

Located in the town square, the “Chiesa di Sant’Antonio da Padova” church hosts an eighteenth century mechanical organ and an altar with polychrome ceramics by Vitali da Foligno. It is the first example of an altar facing the devotees after the second Vatican Council reform.

We also suggest you visit the beautiful eighteenth-century “Chiesa di San Giuseppe” church, characterized by fine decorative plasterwork, late baroque altars, a wooden eighteenth-century crucifix, and paintings, including one dating back to the 17th century and attributed to the painter Aquilini.

In the summer months several festivals and events are organized such as the “Festa del cacciatore” (Festival of the Hunter) in the early June, “Sant’Antonio da Padova” festival of the patron saint on June 13th, “Campionato italiano e mondiale dell’organetto” (World and Italian Organ Championship) at the end of June, the “Manifestazione Internazionale di pattinaggio a rotelle”  (International Roller Skating Exhibition), and the “Campionato regionale di Bob Kart” (Regional Karting Championship) in August.
City Tour Jump to the pictures How to get there Useful Contacts

What to do? Santa Maria Nuova ?